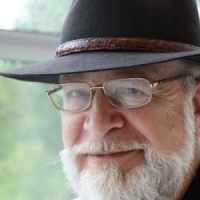 Lots of takeaways from Adam Grants pov. He writes in an easy to read style and notes plenty of examples although a few get overused. The last few chapters seemed rushed for me but the lengthy reference section and the style of it was a learning I think I need to consider in the future

My highlights are these comments worth noodling over
- Vuja De,

- Power involves exercising control or authority over others; status is being respected and admired

-When Harvard professor John Kotter studied more than one hundred companies trying to institute major changes, he found that the first error they made was failing to establish a sense of urgency.

- Amos Tversky and Daniel Kahneman helped give rise to the field of behavioral economics and win Kahneman a Nobel Prize. (Their book - thinking fast and slow is a little dense) They revealed that we can dramatically shift risk preferences just by changing a few words to emphasize losses rather than gains. This knowledge has major implications for understanding how to motivate people to take risks. If you want people to modify their behavior, is it better to highlight the benefits of changing or the costs of not changing? According to Peter Salovey, one of the originators of the concept of emotional intelligence and now the president of Yale, it depends on whether they perceive the new behavior as safe or risky. If they think the behavior is safe, we should emphasize all the good things that will happen if they do it—they’ll want to act immediately to obtain those certain gains. But when people believe a behavior is risky, that approach doesn’t work. They’re already comfortable with the status quo, so the benefits of change aren’t attractive, and the stop system kicks in. Instead, we need to destabilize the status quo and accentuate the bad things that will happen if they don’t change. Taking a risk is more appealing when they’re faced with a guaranteed loss if they don’t. The prospect of a certain loss brings the go system online.

- The two (and Adam Grant) also put the pin into the issue of how innovation isn't always a product of young 'fast' thinkers and that as much innovation may come later and slower from persistent but open thinking. This may be a valuable point to reevaluation hiring practices that are agist.